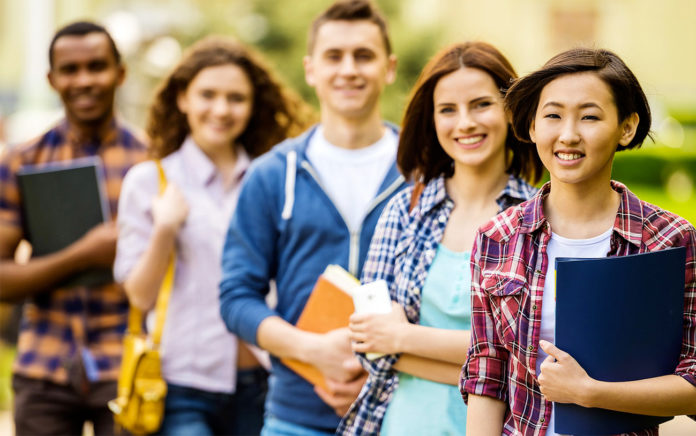 Times can be tough when you’re young and studying for that all-important degree. Attending a university abroad is becoming an increasingly common attractive opportunity for combining academic advancement with cultural exchange, particularly for language students. Nowadays campuses all over China are taking on a particularly international flavour as students from all over the world flock to learn how to speak Chinese.

Studying anywhere isn’t cheap however, especially as it’s difficult to earn much income when you are occupied full-time with classes, particularly in an unfamiliar country. Add to this the additional costs of studying overseas, the price adds up once plane tickets, lodgings, visas and other fees foreign students face are taken into consideration. After having gone to the considerable expense and effort to get yourself overseas to study, the last thing you would want would be to be out of action for any length of time because of illness or accident left you unable to spend your hard-earned time in China doing what you originally came here for.

You can avoid the potential frustration, discomfort and expense of this not completely unlikely situation by calling us to talk about what health insurance options are available for students. We have access to a wide range of packages from various insurers which include short and long term coverage periods which need not cause you to take out another student loan just to cover a trip to the doctor. An unexpected health issue can strike at anytime, don’t think because you’ll only be away for one semester than you will be ok – as the old saying goes it’s better to be safe than sorry.

Generally speaking, if you’re studying in China you’re most likely young and therefore find life off-campus to be just as much as a reason for your choice of country to study in as life on it. All of China’s big cities have vibrant neighbourhoods around their universities – places of learning in Chinese cities are quite often, but not always, concentrated in particular districts of a city. It’s not uncommon for streets or areas to be named in such a manner to reflect this. The upshot of this is that there will be all manner of exciting things going on in the area where you live specifically aimed at students.

This can be very convenient – but sometimes too convenient. Small restaurants offer cheap foods, but beware hygiene standards may leave something to be desired. Food poisoning is not uncommon amongst students, especially those who have just arrived and may still be adjusting to a change in diet. And it’s not only cheap foods which can poison you. Alcohol plays a prominent role in many students’ social lives and China unfortunately has a reputation for being a place where counterfeit alcoholic beverages are sold. Whilst it’s impossible to be certain of how widespread this problem really is, bars catering to students, where cheap drinks are the main allure, are a higher risk – so be careful what you choose to cheer your new classmates with.

Life on campus itself may also feature health hazards to be aware of. Some Chinese universities offer fairly basic dormitory facilities. Whilst foreign students tend to have access to better accommodation, the standard may still fall short of what you are used to back home. Living in close quarters with a relatively large number of fellow students means coughs and colds are quickly spread around.

Your living quarters may also be cold and drafty, or your bed uncomfortable, leaving you tired during the day. Combine these factors with a night on the town drinking fake booze, or eating undercooked food on the street outside the university gates, and you have quite a combination of things would affect your health and require a trip to the doctor at least.

Campus life for many students may also feature sports – both organized games for the university team, or informal pick-up games on basketball courts. It’s good exercise of course but sometimes facilities around universities may be a little lacking – potholed basketball courts to trip over or poorly-kept grass surfaces to catch your ankle in are a common hazard.

It makes sense to think about the environment you will find yourself in once you make your move to study aboard and be aware of the different kinds of risks you may face above which you may not have anticipated otherwise. Students are generally young and period of overseas study may be their first taste of living abroad, this lack of experience may lead them to be less able to avoid situations which affect their health and not so adept at dealing with problems after they emerge.

The best approach of course is to prepare well by dealing with anything which might distract you from your studies. Affordable health insurance coverage is an easy step towards a successful study overseas – don’t let yourself waste the money and time you put into going to a foreign university by worrying about how you’d cope if you were ill or had an accident.

We know the lay of the land in China and many of us have even studied here ourselves. Let us give you the benefit of our experience, and give you a great health insurance quote.

Regardless of cultural background, there is one given in healthcare: pregnant women want to know what they can do to improve the likelihood of...

8 Questions About Childbirth in China